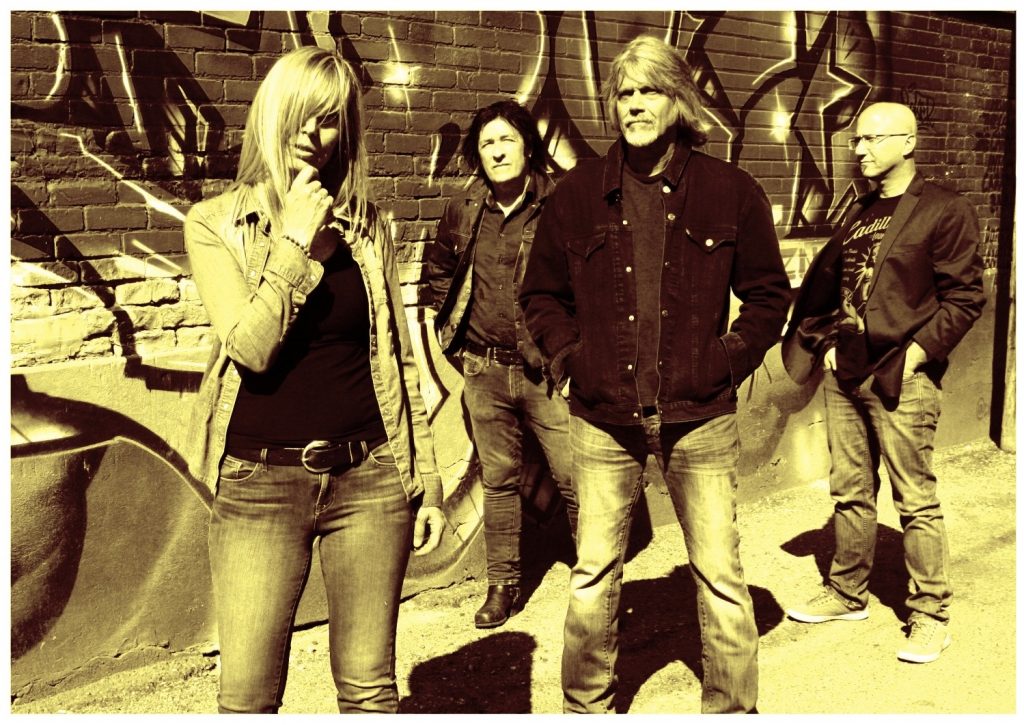 ​​Members Leslie and Johnny were in the internationally acclaimed band The Pursuit of Happiness. They made two albums with TPOH, ‘Love Junk’ went platinum, and ‘One-Sided Story’ went gold.   Leslie and Johnny then formed Universal Honey and put out another seven albums.  They toured Europe and North America for many years.

​In 2015, after moving to Saskatoon, they released their debut album as Tucker Lane, ‘West of Minnesota, North of North Dakota’ and in 2017 they were nominated as SCMA Best New Group.  In 2018, they earned a spot on the national cast of the beloved Telemiracle 43.

Their second album ‘Random Fireworks on a Beach Obscured by Trees’ was released January 2021 and mixed by Bart McKay.   The album received critical praises and their first single ‘Paper Wings’ went to #4 on the Canadian Indie Country Countdown.  They were then nominated for another SCMA award as Group of the Year and their single “It’s Alright” went to #7 on the IMC Countdown.

Tucker Lane’s album Random Fireworks was voted #10 in the Top 10 albums in Saskatchewan by the SMA in 2021.

Their latest single is “Stevie Nicks Freedom” with a video soon to come.